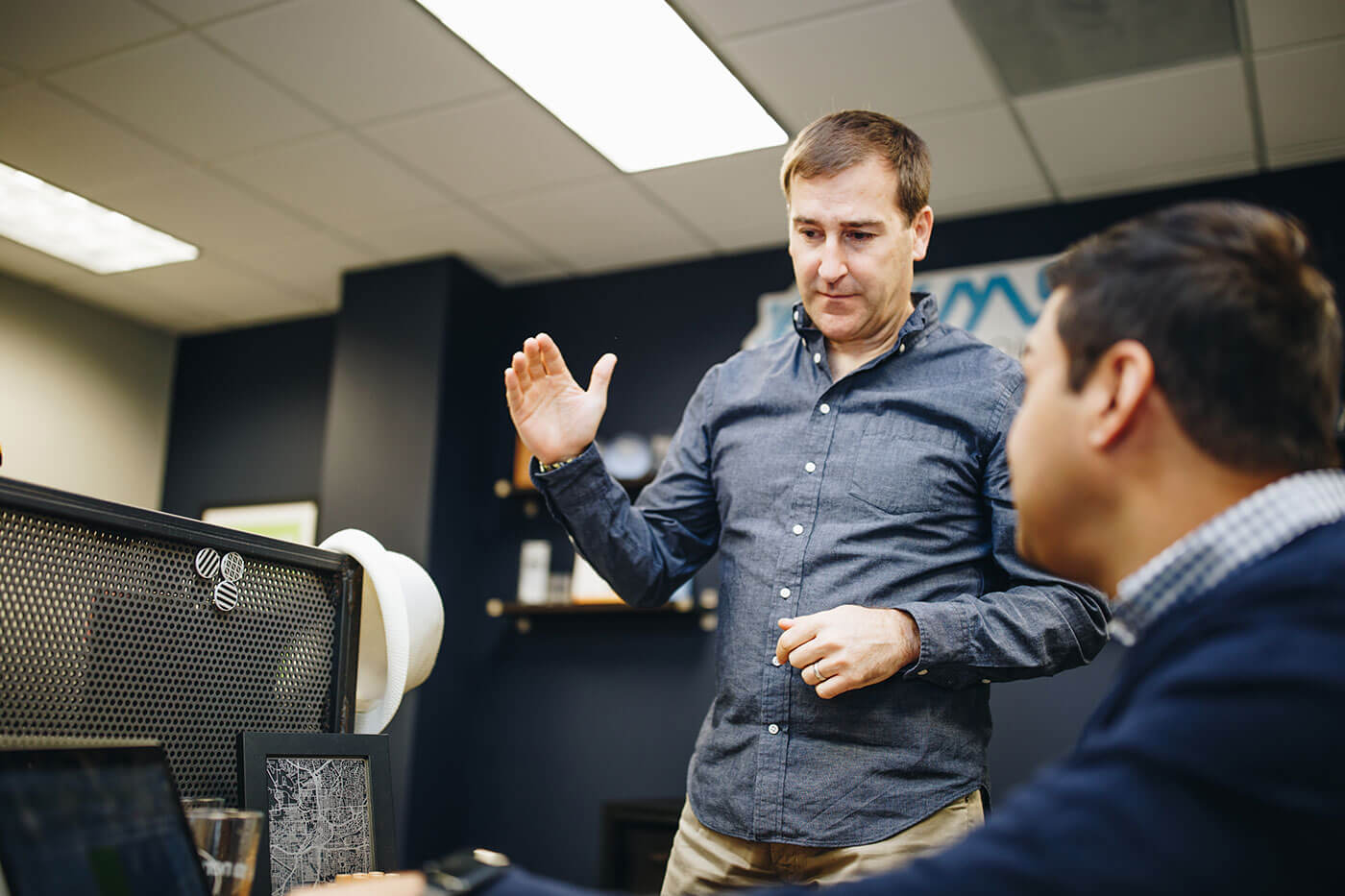 As the role of software in market disruption continues, it’s important to have the ability to keep up. Escaping tech debt, accelerating development, and building software your customers love is more important than ever, and we recognize this. So what makes KMS different than the other software vendors?

We took some time to answer and created this simple infographic to explain how KMS’s services will modernize and improve your portfolio, as well as mitigate risk, reduce costs, and increase your company value.

GET IN TOUCH WITH KMS Click here for a bigger view: What KMS Can Do For Your Portfolio

Creating value for our customers is our number one priority, and we’ve here every step of the way. Some of the services we offer for venture capital, growth equity, and private equity backed companies include:

We leverage an offshore team of over 1,000 dedicated employees who are equipped to handle even the toughest challenges. Our resources will provide intelligent insight to accelerate your business faster than your competition and increase your revenue while driving down costs. We provide a proven and repeatable process with predictable and measurable results.

Our growth may be driven on customer success, but we believe nothing quite proves customer success like a new round of funding or acquisition. Eight of our customers have been acquired, and we assisted in 100% of their platform integration. We’ve helped drive over $1.9 Billion in customers buyouts, and 57% of our customers have had exits. Some of these customers include QASymphony, Health Market Science, and Marketlive. For the customers going through funding rounds:

We value making it as painless as possible to integrate, accelerate, and modernize. That’s why we have a 90% retention rate, 100% satisfaction and recommendation rate, and 94% of KMS customers give KMS strategic initiatives. Our proof is in our clients that choose to work with us project after project.

We’d love to have you join the KMS portfolio of success.

SEND US A NOTE

What KMS Can Do For Your Portfolio 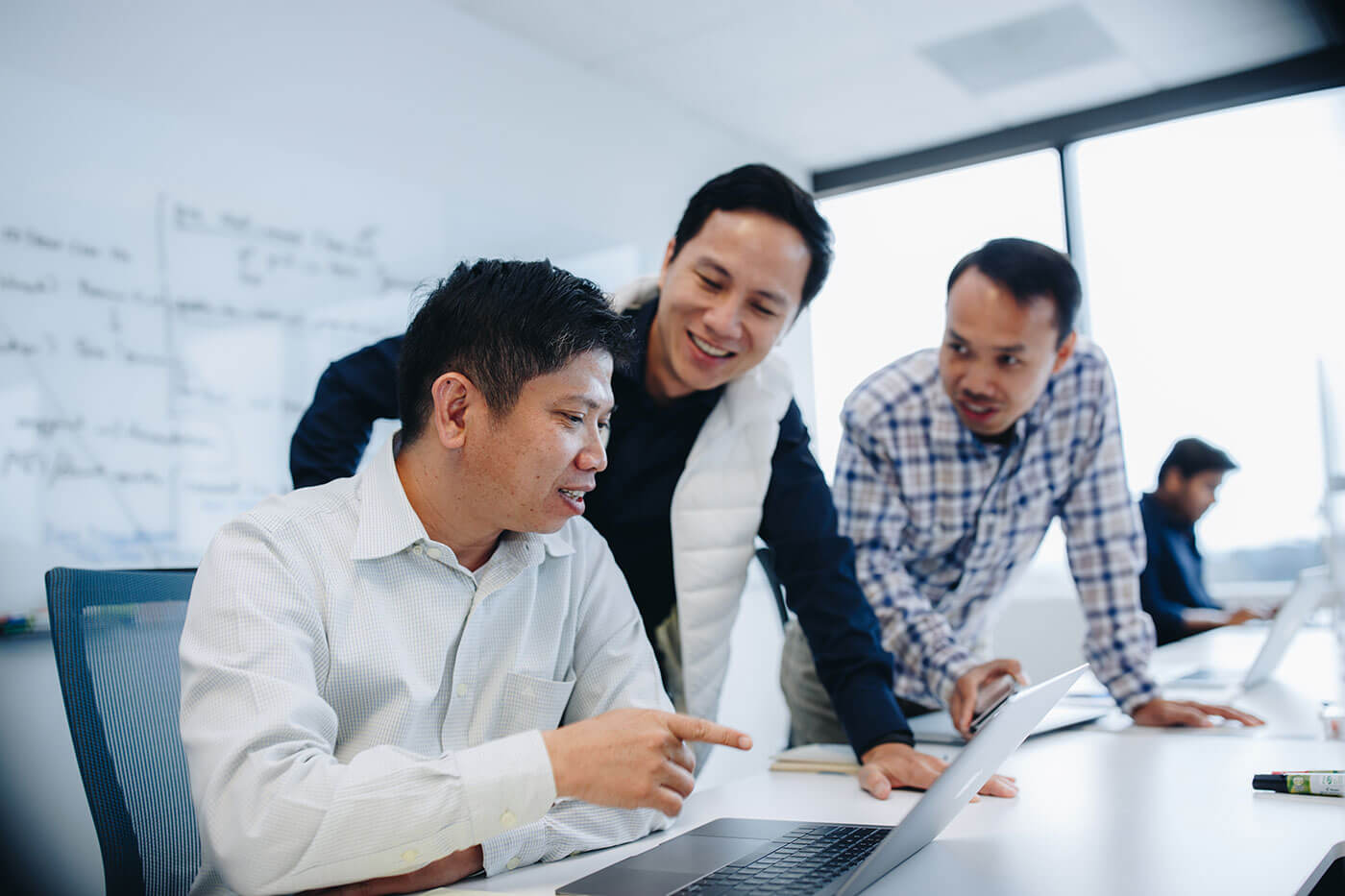 GET IN TOUCH WITH KMS Let our expertise help increase the value of one of your portfolio copanies or your PE-backed software company.

SEND US A NOTE 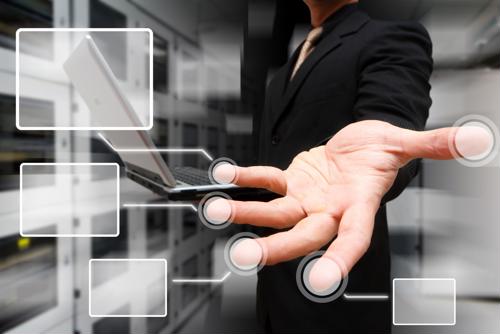 One of the biggest challenges when deciding to modernize a legacy application is wondering exactly why you have to do it. What if it’s still working effectively and bringing in most of the existing revenue for your company? Like the old saying goes, “If it ain’t broke, don’t fix it.” Unfortunately, organizations that neglect innovation are likely to get left being in today’s fast-moving and highly competitive technology industry.

Looking for a partner that can help you stay ahead of the industry?

With this in mind, here are five specific, nuanced reasons you may want to modernize your legacy products to get ahead of the market.

1) Increase Revenue
Turning a legacy app into a modern, cloud-enabled solution could make the software more accessible to new businesses and markets that you may not have previously served. Your flexible deployment and support models can enable you to offer your product in market segments which were untapped.  For example, cloud can enable you to go after customers who could not afford large, upfront hardware investments or lacking internal IT help. Just look at the example of Amazon AWS; they were able to tap into fast growing smaller software vendors and that needed flexible options for infrastructure and scaling purposes that were not previously offered in the market.

“Legacy products can be much more expensive to maintain due to the hardware/infrastructure they run on.”

Legacy products can be much more expensive to maintain due to the hardware/infrastructure they run on, the potential for poor architecture (i.e. single tenant), the lack of reusability, and technical debt. By replatforming, moving to a multi-tenant architecture, and leveraging today’s tools and technology, you get more efficiencies and reduce operational and code maintenance costs.

3) Easier Integrations
Chances are, your current legacy products may not have been built for modern integrations over internet infrastructure. Lack of web-enabled APIs that allow your product to easily integrate with other software providers can be perceived as huge limitations by your prospective customers or even existing customers. Without them, your customers may be forced to build one-off integrations which could result in costly maintenance for you and your customers.  Worst case scenario, your customers may decide your product isn’t worth the trouble and leave you for an easier, modern integration enabled product. With the current tools available today, replatforming your legacy product and taking advantage of the open ecosystem can differentiate you in the market, help you build new channel partners to help you go to market, and make implementations faster and less costly for your customers.

4) Leveraging Cloud
Application modernization isn’t just about the actual software. Instead, your customers could be so tired of maintaining legacy hardware that they’re ready to move into the cloud, even if your app isn’t. However, moving to the cloud isn’t always a simple lift and shift process. You have to redesign the platform for multi-tenant architecture to be able to take full advantage of cloud services, including lower cost storage options, elastic infrastructure, and scalability.

5) Improved User Experience (UX)
Perception is reality in the product marketplace. There is a definite culture in the tech world that believes emerging technologies are building on the past and improving on it. Your platform may be excellent, but some people will disregard it simply because they imagine something better must have come along or have seen a competitor’s product since the decade it was released. Modernization lets you capture the excitement of new technology.

Completing a major application project can be a burden, especially if your team has been in support mode for a while. Strategic consulting and third-party resources can simplify the process, and KMS Technology offers the expertise and dev teams needed to help you get ahead.

Tiny country is making strides to become a superior outsourcing alternative to China and India. With wages increasing in both China and India, a number of tech companies are taking a good look at Vietnam as an outsourcing alternative. As a result, the country’s GDP surged last year by almost six percent as Samsung, Microsoft, LG, and Intel invested in large operations there.

Early this year, a Gartner report named Vietnam in the top tier of emerging market locations, right behind China and India. Can this tiny country, with a workforce long on loyalty, hard work, and entrepreneurial spirit, build itself into a viable alternative to the behemoths?

Without a doubt, the foundation on which to build is strong. The Vietnamese have a deep cultural affinity and long history in the STEM disciplines — science, technology, engineering, and math. Vietnamese children are exposed to computer science training at a young age and are competitive in international math and science exams.

While new to the outsourcing game, the country has seized upon it and is rapidly ramping up with the help of private and public institutions. Building on the existing technological strength of the workforce, these organizations are focused on improving workers’ “soft skills” such as working on teams, creative problem solving, and proficiency in the English language. While some estimate it may take Vietnam another 5-10 years to become globally competitive, others believe the country may hit that goal sooner rather than later.

One group — The Higher Engineering Education Alliance Program (HEEAP) — founded by Intel, Arizona State University, and USAID in 2010, is leading the charge. The group seeks to increase the number of Vietnamese engineering schools that meet accreditation standards by training professors in modern teaching techniques and updating university IT systems.

Governments, both local and abroad, are also stepping in to help. In 2008, Germany and Vietnam partnered to create the Vietnamese-German University (VGU), an English-based technical school with a strong emphasis on research. While the school currently only has 1,000 students, it recently received $180 million in funding from the World Bank to expand operations to 12,000 students, lecturers and researchers by 2017.

While these large governmental and corporate forces are teaming up to address university-level schooling in Vietnam, private tutoring companies are moving to meet primary and secondary school students’ needs by developing courses in applied math and English.

Competitions like the Young Maker’s Challenge and Innovation & Technology Camps for high school students are creating a whole generation of budding entrepreneurs. They are perhaps drawing inspiration from Dong Nguyen, the Vietnamese creator of the mobile game Flappy Bird, which was earning $50,000 a day in less than a year of distribution.

In this rising economy, even the traditionally underserved are gaining access to technical education. One such organization is Orphan Impact, a NGO that builds computer centers and runs training programs for Vietnamese orphanages.

While these programs and organizations are building a talent pipeline for the future, private tech companies like KMS that need skilled workers right now are investing in training and mentorship programs like the Vietnam IT Organization (VNITO) and the HCMC Software Testing Club.

Vietnam, long existing in the shadow of its larger neighbors, is making all the right moves and moving quickly towards its goal of becoming a global tech powerhouse in its own right. With all this growth and training, a “Made in Vietnam” sticker on sophisticated technology may someday be as ubiquitous as “Made in China” is today.

For more info be sure to read my article, “The Promise of Outsourcing to Vietnam,” which appeared in TechCrunch.