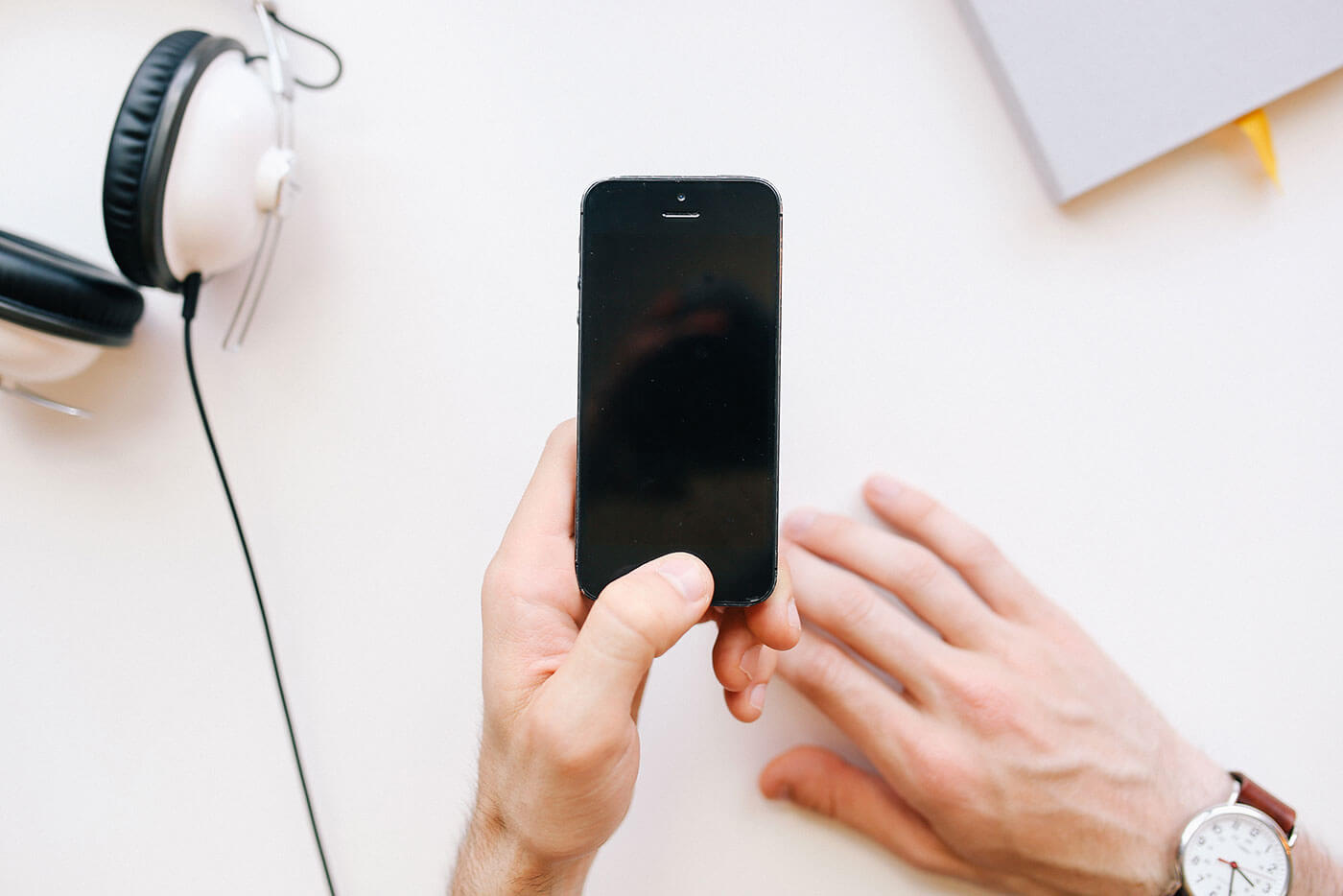 There are millions of apps on the market now, and hundreds more are being released every day. In fact, the average number of submissions per day just for Apple’s App Store is around 2,000 so far this year, according to PocketGamer. For your app to distinguish itself, it’s important to make sure that you test it properly.

Need a partner to help build or test your mobile platform?

We’ve got five tips that should help you build a solid foundation for testing mobile apps.

You may be testing a native app, a web-based app, or a hybrid of the two. If it’s a native app, perhaps it’s on iOS and Android. Whatever the mix of platforms is, you’ll have to adjust your testing approach accordingly. Native apps on multiple platforms are going to pose a big challenge, as you try to keep on top of varied hardware and OS versions. But web apps must be tested on different browsers, different screen sizes, and performance will be a factor under load. Make sure that you understand the differences between platforms and that you have the expertise and tools required to test them effectively.

It’s your job as a tester to emulate the end user and ensure that the software does what they need it to do. You need to gather as much data as possible about what your end users expect, how they interact with your app, and where your app fails to deliver what they want. The development team, with input from the test department, must put metrics in place, so that you can gather the data you need to direct testing and inform future development. Analyzing end users is also a vital component for your business strategy.

The functionality your app offers is going to be the reason why most people seek it out in the first place. Testing must focus on functionality first. If headline features are incomplete or certain functions are unfit for purpose, end users will abandon your app never to return. Make sure that core functionality is thoroughly tested before you move on.

You may start with functionality, but ignore the quality of the user experience at your peril. People expect modern mobile apps to be easy to use and highly polished. Usability is a key factor in an app’s success and popularity, so make sure that testers evaluate the user experience from day one and feed back to the development team. It’s easier to make tweaks and improvements early in development, so usability testing should not be left until the end.

It may be harder to quantify than functionality or user experience, but emotional engagement is what keeps people coming back to your app day after day. It’s rare that there’s only one app to serve a specific purpose, usually you’ll be up against hundreds of similar apps, so distinguishing your app from the crowd could come down to emotional engagement. Test your app’s impact with a group of people outside the development team who represent your target end users.
There’s obviously a lot more behind mobile app testing, but these five tips should help you build a solid foundation and get off to a good start. 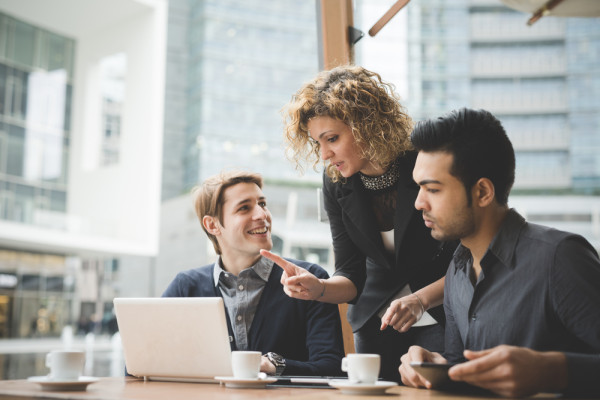 Starting test automation in parallel with code development is challenging, but the benefits make it worthwhile

The topic of test automation always sparks discussion and debate. Developers love the idea, but when it comes time to implement, it rarely receives the attention it deserves. In this article, we’re going to look at common challenges to overcome when you try to shift test automation upstream, and discuss the benefits that make it all worthwhile.

There’s no doubt that earlier implementation of test automation in the development process can be time-consuming and fraught with complexity. It’s very important to secure the buy-in of development, operations, and QA. This cannot be the sole responsibility of testers. Everyone has to work together to build a solid foundation and establish realistic expectations.

Test automation will lessen the manual testing burden, and automated tests can be run unattended, but this isn’t just about functional and regression testing through the user interface. By introducing automation earlier, you can cover the low level and introduce unit tests, as well as integration, API, database, and services testing. Starting automated testing in parallel with development can help to reduce dependency on the UI.

For this to be successful, your processes will have to change to accommodate it. You may need to break down requirements further, introduce new coding practices, and tweak your design process. You’ll also need stable interfaces for both the back-end and the front-end to ensure minimal disruption to existing automated tests.

Traditionally, test automation has supported regression testing. Making it work in an agile environment requires a whole new set of tools and approaches. There’s no one-size-fits-all solution here. Don’t waste time seeking the perfect tool to cater for all of your needs, because there probably isn’t one. What you need to do is look at the best tool for each automation type and then work on building a solid framework that pulls them all together.

Even once you have the right tools in place, you still need your testers and developers to work closely together to construct a good framework and agree on the right processes. If you find that the majority of your tests have to be rewritten after each sprint, then you may need to reexamine your test automation foundation and improve on it.

It’s not possible, or desirable, to automate every test. Finding the right balance of manual testing and test automation is one of the biggest challenges you face. Some tests will not be cost effective to automate, and there may be conflicts with the tools you’re using or your framework.

Identifying suitable candidates for test automation is essential, and it requires a good understanding of the project, the tools at your disposal, and the test coverage expectations. It’s not a one-off job, either. Reviewing your automation suite to remove unnecessary tests and add new ones will be a regular ongoing task.

It’s a good idea to start small and scale up when everything is working well. Begin with a small investment and see what kind of effort is involved and what the outcome is before ramping up your automation plans. This also gives the team room and opportunity to try things, make mistakes, and design even better approaches.

The challenges can be daunting, but the conventional benefits of automation are obvious: tests can be run faster, consistently, and they can be repeated as many times as needed with minimal overhead. But there are some other, subtler benefits worth bearing in mind.

Improved velocity – As stress levels rise towards the end of development, automation can provide peace of mind about the code quality. It acts as a kind of safety net. And when developers are confident that code changes won’t introduce lots of errors, they’re free to really focus on each sprint goal.

Greater coverage – Early automation can save a great deal of time down the line and result in much more comprehensive test coverage. By shortening the feedback loop, test automation boosts your chances of finding serious defects earlier and fixing them before they become embedded. It also frees up experienced testers to explore new areas of functionality and focus where they can provide the most value.

Higher reliability – Today’s business environment demands high quality software. Early test automation is the most effective way to build confidence in the software being developed, and the more comprehensive the testing is, the greater the quality. Automation also drastically reduces the risk of human error, ensures that key business workflows are fully covered, and minimizes the risk of critical bugs reaching production.

It may not be easy to implement, but test automation can deliver tangible benefits, and represent an excellent return on investment for any organization. Work with experts in implementing test automation.