Offshoring software development has become a common practice in today’s competitive business environment. The ability to reduce costs while developing tech solutions more quickly — combined with the challenges of hiring and retaining high-quality tech talents — has made offshoring even more popular in recent years.

As you’re thinking about expanding your talent pool or outsourcing software development, let’s take a look at some of the best countries for offshore software development. Some areas you may already be aware of, while a few new countries have recently been added, offering businesses more options than ever before to find high-caliber talent.

What are the Best Countries for Offshore Software Development?

We’ll start our list with a country you may not have considered before: Vietnam. Though headquartered in Atlanta, Ga, KMS Technology operates four additional offices in Vietnam and, for the 2nd consecutive year, has been named in the top-10 ICT companies in Vietnam for 2021. 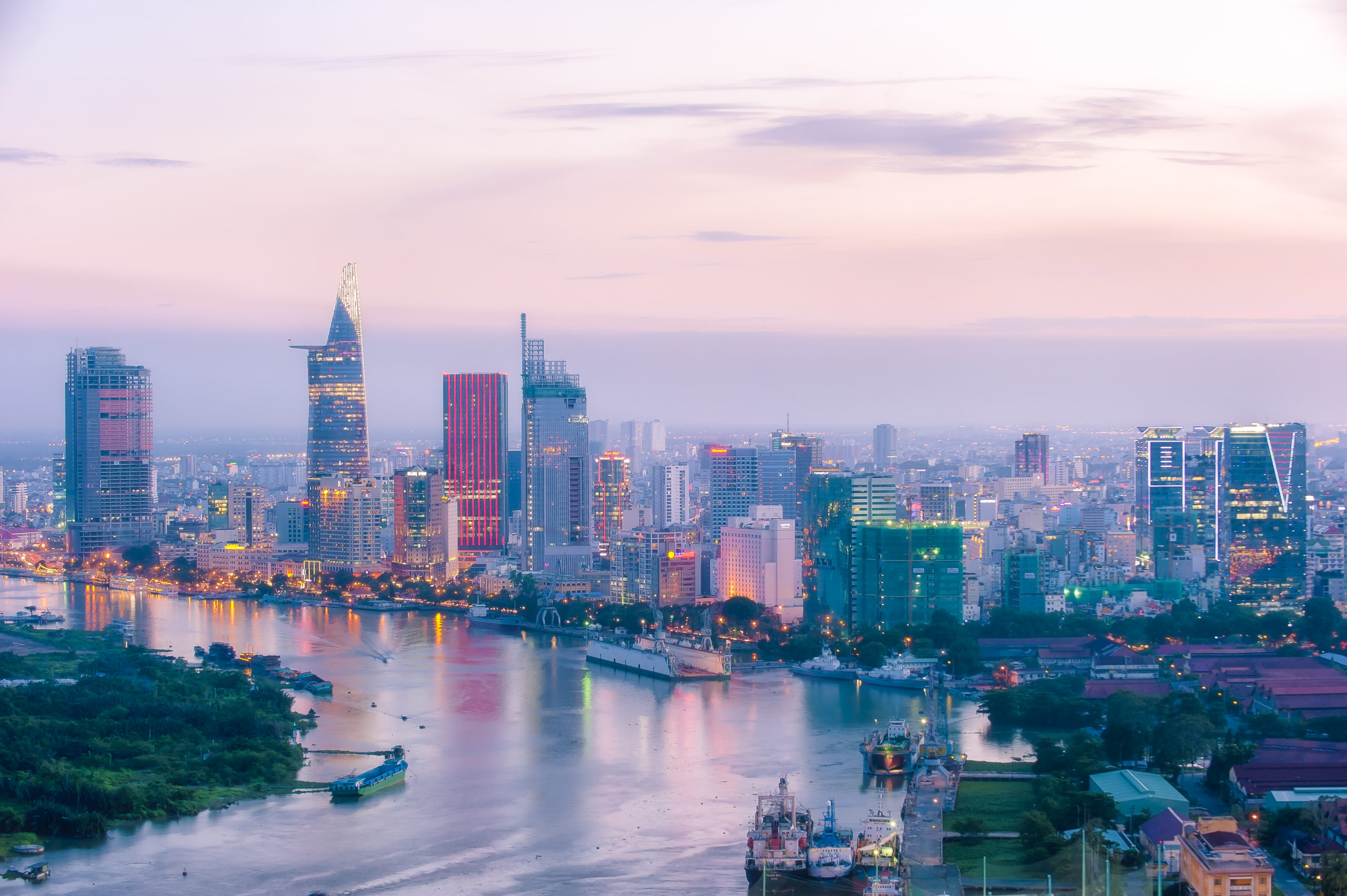 The Information and Communications Technology (ICT) sector in Vietnam is one of the fastest-growing industries in the country and has grown dramatically over the past few years. More than $110 billion worth of work is being done in ICT in Vietnam. Recent business-friendly reform and a growing IT infrastructure have helped Vietnam emerge as one of the world’s leading providers of outsourced software development and engineering.

One of the reasons for such strong growth in the outsourcing sector is a core national strategy for education that invests in STEM. This has created a booming workforce in skilled technologists, especially in emerging fields such as artificial intelligence and machine learning. According to the Gates Foundation Goalkeepers Report, the country’s 15-year-olds outperform those students in wealthier countries, including the U.S. and U.K.

Vietnam also has a reputation for paying well above other industry averages, which leads to high retention rates and more dedicated tech talent while still maintaining a significant cost advantage over onshore developers.

Vietnam’s time zone also works well for off-hour coverage in the U.S. Indochina Time (ICT) is seven hours ahead of Coordinated Universal Time (UCT) or 12 hours ahead of EST.

With the country’s political stability and economic growth, Vietnam’s future as a destination for outsourcing is expected to continue to grow rapidly. 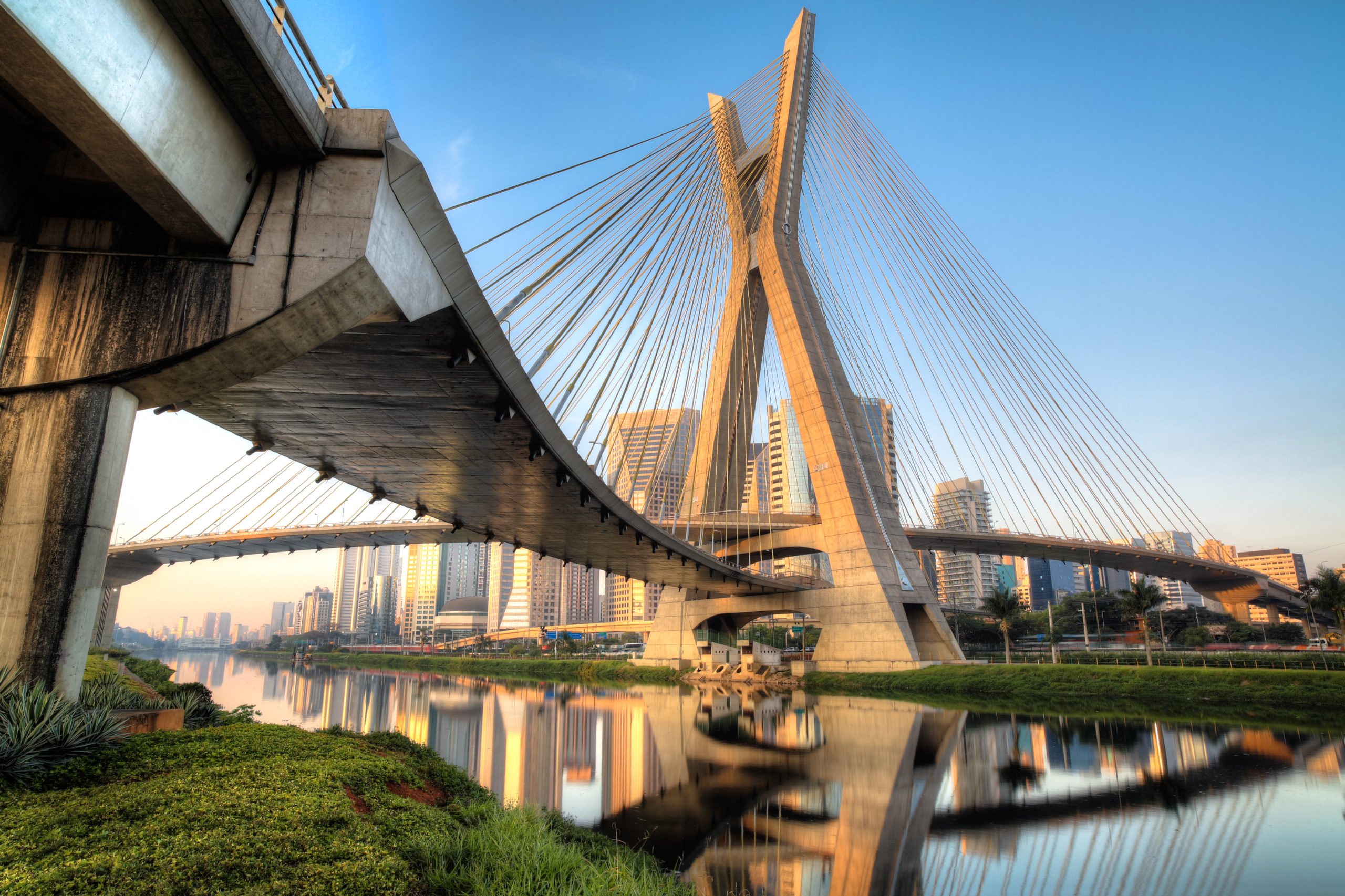 Despite being Latin America’s largest economy, Brazil has had a relatively small technology sector in the past, but it’s showing signs of accelerated growth. Also ranked in Kearney’s top 10, Sao Paolo is quickly becoming the digital hub in Latin America and attracting a wealth of digital startups.

Two specific actions have led to growth in the tech sector in Brazil. The country has made significant investments in infrastructure over the past decade and also offered significant tax incentives for corporations involved in technology innovation.

Unlike countries like India, Russia, or Ukraine, there is less competition for skilled workers since the software industry is still emerging. For U.S. companies outsourcing to Brazil, this equates to less turnover as developers job hop.

Additionally, the tech hub in Brazil is on Brasilia Time (BRT), which is three hours ahead of UCT and 2 hours behind EST, which may limit off-hour coverage for tech companies in the U.S.

India remains the top choice for offshore work in the Kearney index. A low-cost workforce plus a pervasive English proficiency among most managers and mid-level employees make it an attractive outsourcing choice..

With more than 4.4 million digital workers, the ICT business in India represents $194 billion, nearly 8% of the country’s total GDP, according to the National Association of Software & Service Companies (NASSCOM), a non-profit trade organization in India.

India also continues to invest in educating the next generation of students and produces the largest number of graduates annually compared to any other country.

With a relatively stable political environment, India claims more software companies with ISO 2000 certification than anywhere in the world and a deep talent pool.

Lastly, India Standard Time (IST) is 5:30 hours ahead of UCT, which means IST is 10.5 hours ahead of EST. This provides overnight coverage for U.S. companies and means work can be completed before morning. 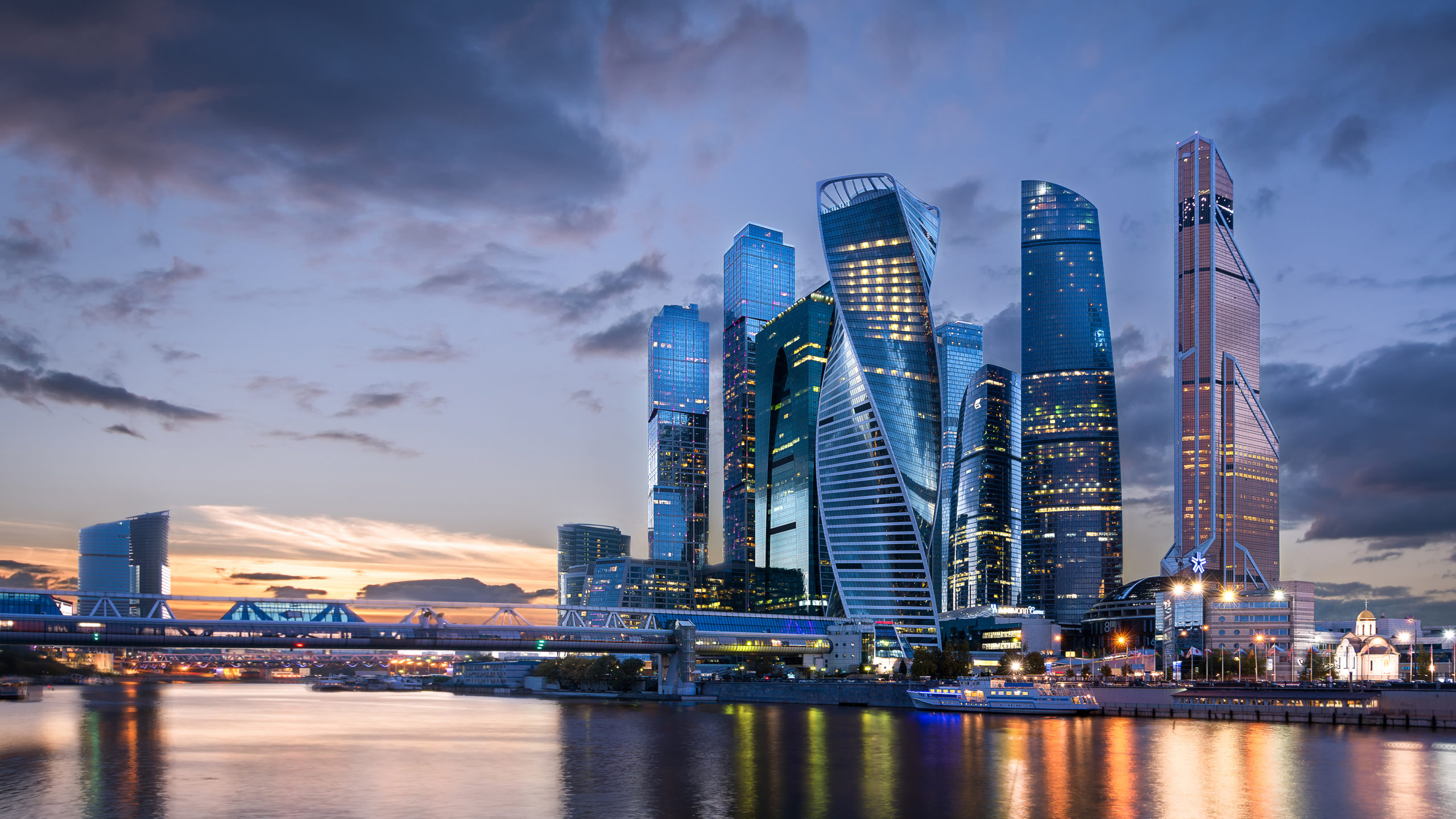 Russia has fallen off in popularity, no longer ranking as an outsourcing market in Kearney’s top 20 destinations for people skills, availability, and business environment. However, Russia continues to be an option for some U.S. companies.

The Central Bank of Russia has been the main driver of digitalization in-country and not just in the finance sector. The government has established a priority for digital transformation across all industries, which continues to accelerate growth in the ICT sector.

Russia has 11 time zones across its expanse, although most tech companies are headquartered in Moscow, which is in Moscow Standard Time (MSK). MSK is three hours ahead of UCT and eight hours ahead of EST. 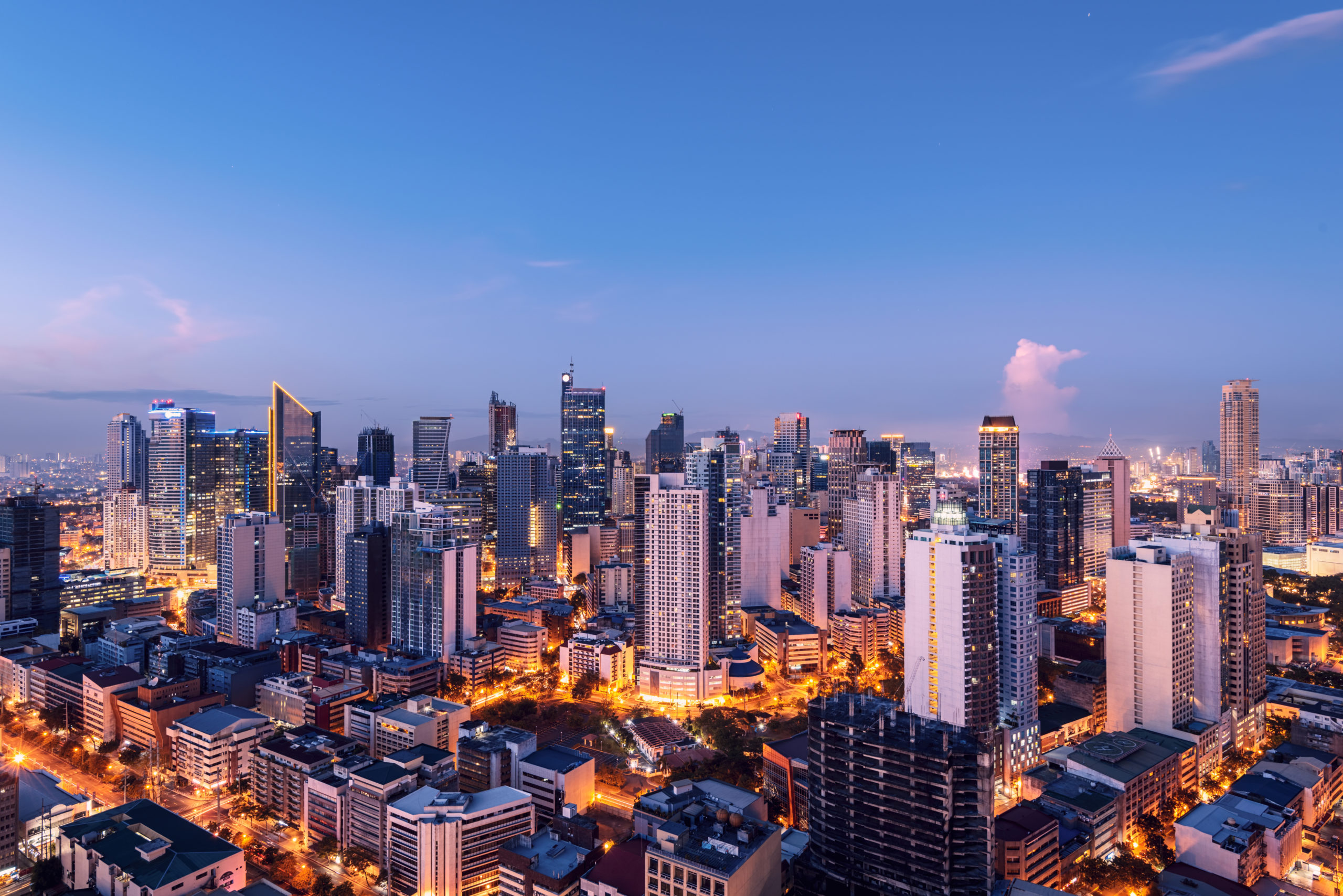 The Philippines ranks 9th on the Kearney assessment for financial attractiveness and diverse digital skill sets. One advantage of offshoring with developers in the Philippines is that workers there are highly proficient in English. With two-thirds of the country’s population speaking English, it ranks as one of the largest English-speaking nations in the world.

Also, the Philippines has a 97% literacy rate and a deep commitment to education. Even workers in unskilled positions are likely to have some secondary education beyond high school. For example, 95% of those working in call centers have a college degree.

Outsourcing is one of the prime economic drivers in the country, including software development and call centers that enjoy broad government support, such as tax breaks and incentives as part of the country’s attempt to accelerate growth in IT services.

The Philippines has been called the “BPO Capital of the World” with BPO standing for Business Process Outsourcing, including call centers, outsourced IT, and software development.

What to Look for in an Offshore Software Developer 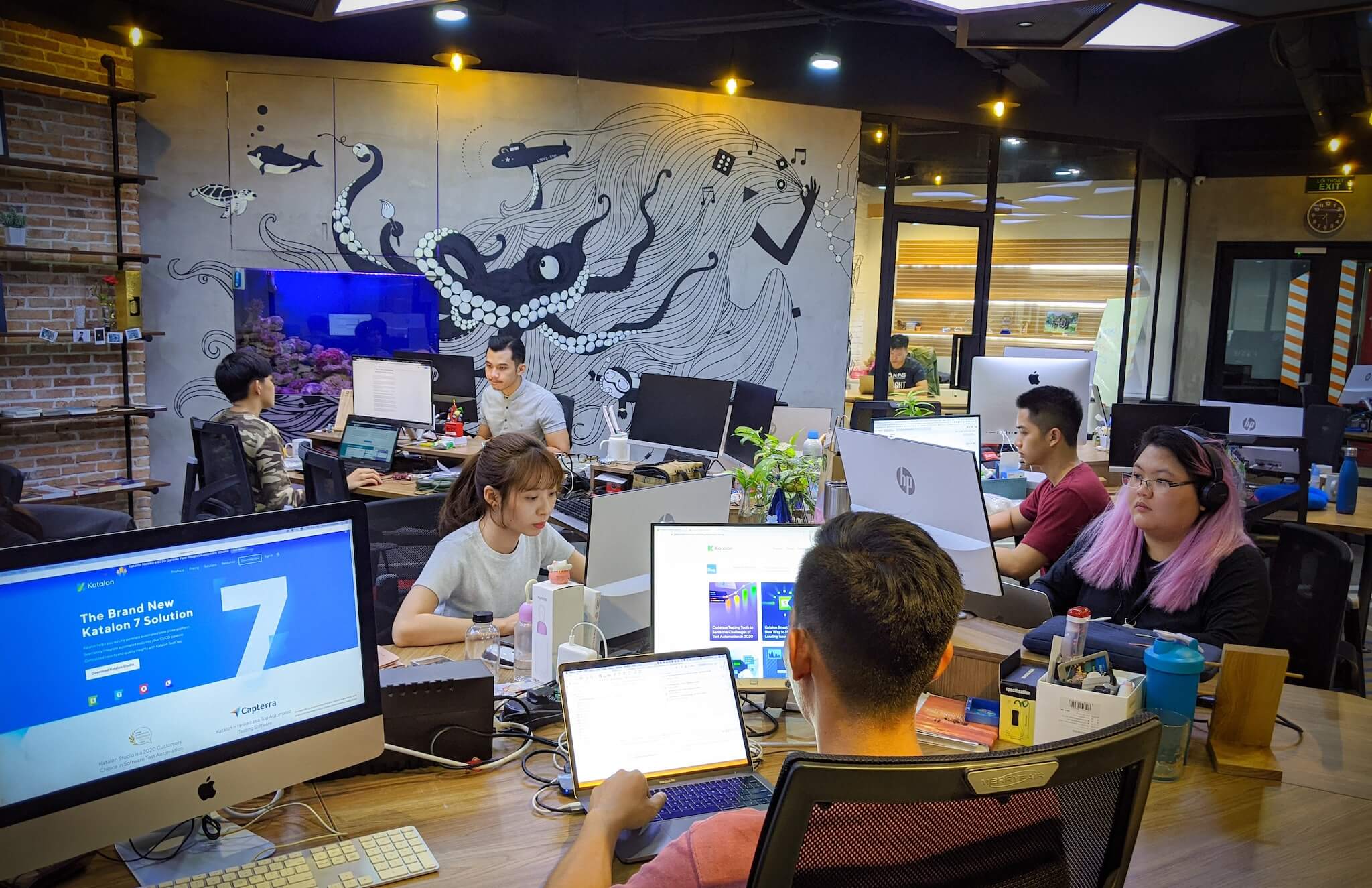 As you search for the right offshoredevelopment partner for your organization, you need to first spend some time and evaluate your business project requirements, skillsets and expertise, time frames, and languages. If you have preferred programming languages, you’ll need to define that as well.

It’s also important to assess your long-term goals. Are you looking for a one-time project, an ongoing relationship, or a long-term partner? Do you need help with total project management or are you looking to augment your skill set and fill in gaps in expertise?

When selecting a partner to work with on your software development projects, there are a few key considerations that can make a difference, such as:

You also want to work with someone that has a track record of success in related industries. Your offshore partners should be able to show you a portfolio of high-quality work and case studies that demonstrate successful project execution.

As part of your due diligence, you should also always check references.

KMS Technology is a world leader in offshore software and app development, testing services, and consulting based in Atlanta, GA with four offices in Vietnam.

This allows KMS to hire the best, high-quality software developers and engineers worldwide while providing affordable, cost-efficient solutions, such as: