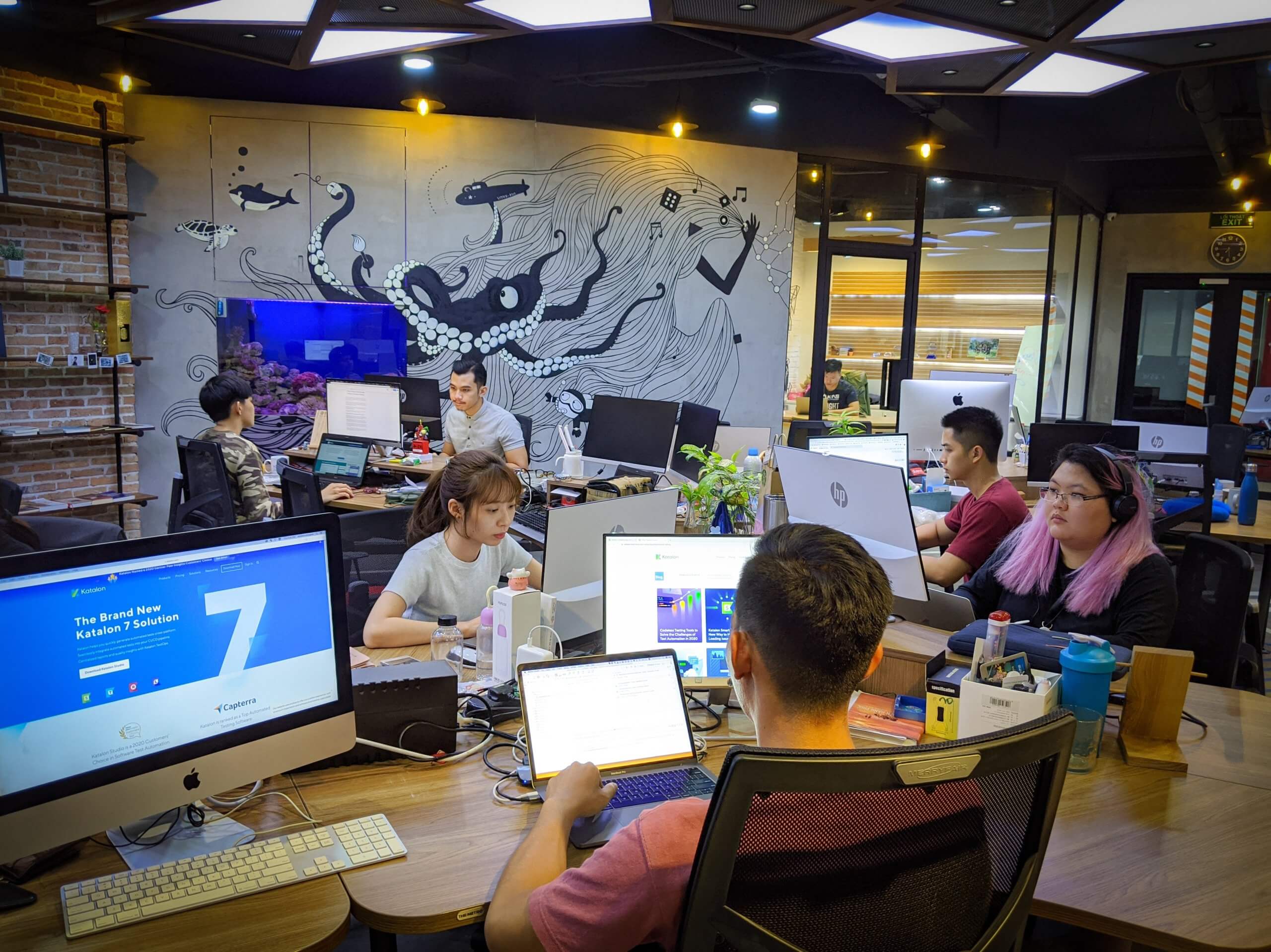 Katalon – a software testing solution developed by Vietnamese engineers – is widely used by more than 65,000 companies in 160 countries.

Katalon is an all-in-one solution for Web, Mobile, API, and Desktop app testing for teams at any level, without any prerequisite knowledge. The tool was developed by a team of 30 Vietnamese engineers from KMS Technology and is based in Ho Chi Minh City, Vietnam.

Katalon was developed as an automation tool for small and medium teams. Katalon is positioned to be the world-leading software automation testing tool according to Uy Tran – Managing Director of Katalon. Over five years of operation and development, Katalon has progressed to become an enriched testing ecosystem for enterprise-sized teams with more advanced needs.

Starting as a community product

Initially, Katalon was an automation testing tool developed by a team at KMS Technology to speed up internal testing processes, reduce costs, and simplify and standardize the internal test automation process. Vu Lam, CEO of KMS Technology shared that at the same time, there were individuals and small businesses in the market with similar demands and problems with cost and complexity. Therefore, KMS Technolgy decided to deploy Katalon as an independent and public product on the market. In the early stages, there were only 200 users, including internal teams. The Katalon team aimed to enter the global market in 3 years and became one of the top 5 technology projects with the highest users in the world. “In the beginning, we merely thought about developing a tool for the testing community,” said Tran. 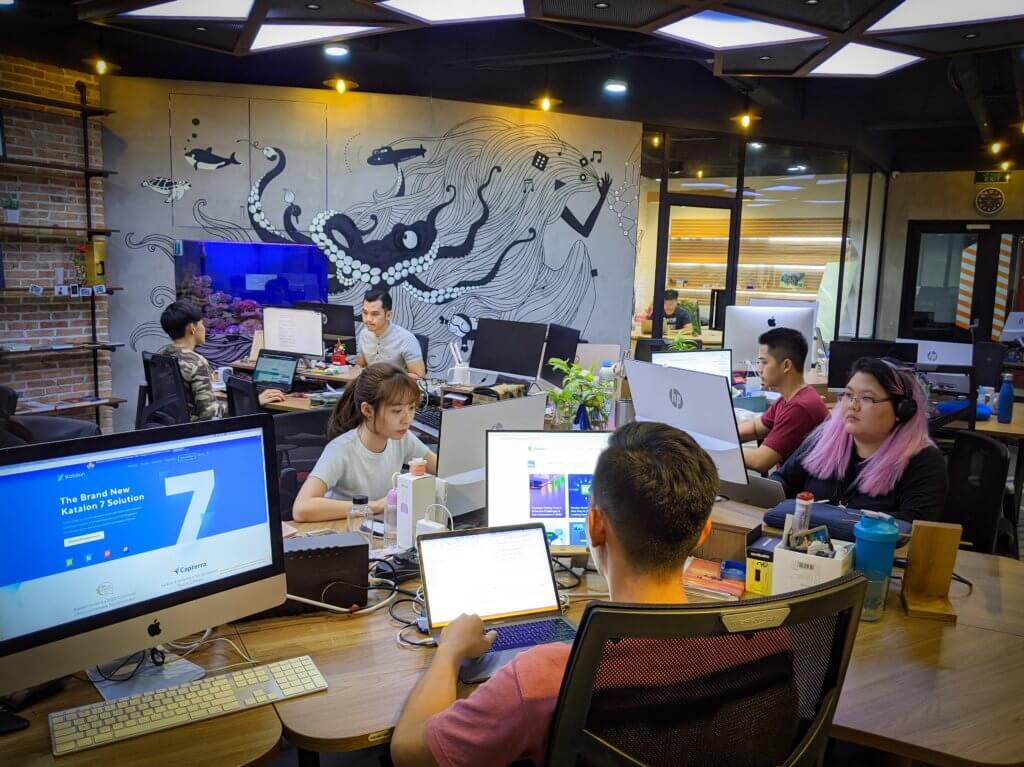 The first year was challenging. Besides focusing on developing the product, the team also had difficulty marketing the product. By investing in human resources specialized in marketing, Katalon started to grow and reached 1,500 users. However, the growth rate stagnated, which led to a change in the marketing strategy. The tool was then integrated with more features to generate significant user growth. “After the upgrade, the number of users rose impressively to 16,000 new users monthly. From there, Katalon became a highlighted point in the testing community”, said Katalon Managing Director. 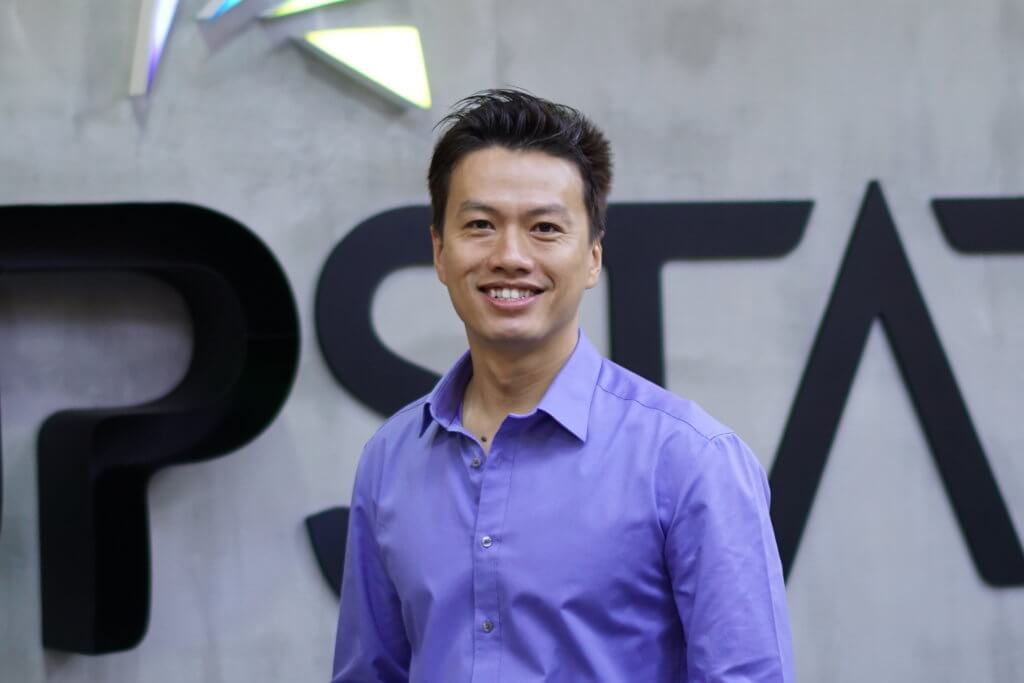 After such outstanding development, Katalon was divided into two versions: free and enterprise. This adjustment received mixed feedback from current users, who were used to the free version. The team then decided to split the Enterprise Version into two smaller packages. Instead of charging the whole package, it was broken down into monthly and yearly subscriptions and offered 6-month free trial to users of the old version. “Over six months applying the new strategy, the project’s revenue exceeded our expectation and has been continuously trusted by users worldwide”, shared Uy Tran. In particular, in March 2020, Katalon was ranked the best Software Test Automation tool on the market by Gartner Peer Insights. According to a KMS Technology representative, the company is facing a recruitment challenge, especially people with excellent communication and cross-cultural understanding skills to deal with a large number of international clients. In 2020, the company targets to hire 50 personnel for sales and customer service positions. “With a diverse, highly-efficient working environment and good benefits, Katalon is a good opportunity for young people to learn, develop and help affirm the position of Vietnamese software in the world,” said Tran.